​Long before Bear Grylls and Les Stroud, mountain men were taking on nature and proving themselves the foremost experts in survival, exploration, and overall surplus masculinity.
These rough-and-tumble men were epic brawlers, hunters, drinkers, and unrivaled outdoorsmen who helped tame the frontier, and their stories have become the stuff of American legend.

Here is a list of the ten most hardcore mountain men in history. Read their stories and see if it doesn’t grow some hair on your chest.

Kit Carson
Carson left Missouri as a young man to become a trapper and mountain man, and the rest is history. He explored the West extensively, including the Rocky Mountains and Spanish California, along the way intermarrying with several tribes. His name became famous after being hired by John C. Fremont as an expedition guide, and he was even featured as a hero in some western dime novels. Carson later served in the Mexican American War and Indian Wars, rising to the rank of Brigadier General despite being illiterate. His adventurous but controversial life as a trailblazer and Indian fighter continues to fascinate novelists and biographers to this day.

John “Grizzly” Adams
Grizzly earned his nickname more than anyone else has, by capturing and taming bears for zoos and circuses. One of his bears was even the model for the animal on the modern California state flag. Instead of relying on a rifle, Adams would frequently take on bears up close with nothing but his knife or even his hands alone. Despite his fearsome reputation, he captured most animals alive. While not an environmentalist by modern terms, Adams clearly loved the outdoors and was most at home there.

John David Albert
Albert’s real life story reads like a western adventure movie, but even less plausible. Orphaned at the age of seven, Albert grew up to work on a Mississippi keelboat before heading west to join up with fur trappers. He and less than 10 other mountain men briefly held off an attack by 500 natives and Mexicans in 1847, before he barely escaped with his life. He’d go on to carry mail on the frontier, marrying three wives and having 21 children before his death in Montana as an old man.

Jim Baker
A friend of Kit Carson, Jim Baker was just as colorful of a figure as his companion. While employed as a trapper as a young man, he and 35 other men defeated a much larger band of Sioux, Cheyenne, and Arapaho warriors. He was later hired as a chief scout for the Army and retired on a working livestock ranch in Wyoming. He was married 21 times, each of his wives a Native American, and more than one even being the daughter of a tribe’s chief.

William Henry Ashley
Ashley had a slightly more refined life than his fellow mountain men, serving not just as a fur trapper, but as a politician and entrepreneur as well. Ashley made his fortune in gunpowder before joining the Missouri Militia during the War of 1812. He was even elected Missouri’s first Lieutenant Governor when it joined the Union. During his time in office, he recruited a ragtag group of trappers called “Ashley’s Hundred,” and the group was later credited for discovering the South Pass in Wyoming during an expedition. He also made many innovations in the fur trade, which helped open up the west to American expansion.

James Beckwourth
A black man born into slavery, Beckwourth was freed by his master, who was also his father. He was a blacksmith apprentice before moving to the West to become a trapper. During his time on the frontier he lived with the Crow tribe, discovered the Beckwourth Pass in the Sierra Nevada Mountains during the California Gold Rush, and expanded a trail which was used by thousands of settlers to reach California. His name would come up again in history not only as a legendary pioneer and mountain man, but as a role model for the 1960s civil rights movement.

John “Liver-Eating” Johnson
Johnson was born with the last name Garrison. As an underage soldier he served aboard a ship in the Mexican-American war, before striking an officer, deserting his post, and traveling to Montana to dig for gold. He gained his nickname according to a legend, whereby when his Native American wife was killed by the Crow, he embarked on a vendetta against the tribe, killing several and cutting out their livers to consume. This was said to be an insult, as the Crow believed they’d be barred from the afterlife without a liver. His story, absent these grisly details, would inspire the Robert Redford film “Jeremiah Johnson.”

Jim Bridger
One of the major figures in winning the West, Bridger intermingled with several native tribes and could converse in French, Spanish, and several tribal languages. He was an explorer at an early age and one of the first white men to see Yellowstone and the Great Salt Lake. He later entered the fur trade and married several native women. Even in his twilight years he left a legacy as a trailblazer and adventurer, creating an alternative route from Wyoming to Montana, and serving as an army scout.

John Colter
Accompanying the Lewis and Clark expedition, Colter is often credited as being the first mountain man. Considered one of the best hunters in the expedition group, he was constantly relied upon to feed the party. His skills as a guide were also treasured, and he helped the group traverse mountain passes and navigate rivers. After breaking from Lewis and Clark, Colter made a name for himself navigating the wilds of Wyoming unguided and in the dead of the winter. On a later expedition in Montana, Colter was also forced to flee naked and unarmed from Blackfoot braves, managing to evade capture after running for miles and even killing one of his pursuers.

Jedidiah Smith
Smith was largely unknown during his life but has come to be known as one of the most prolific mountain men, living as a trapper, explorer, cartographer, author, and more during his short lifespan. Inspired by Lewis and Clark as a child, he sought out adventure by joining the “Ashley’s Hundred,” where he survived several massacres by tribesmen on his group. He was also brutally mauled by a grizzly bear, which left him with a distinguishing facial scar for the rest of his life. Unlike his fellow mountain men, Smith was very pious – he was constantly praying and never smoked, drank, or had relations with women. 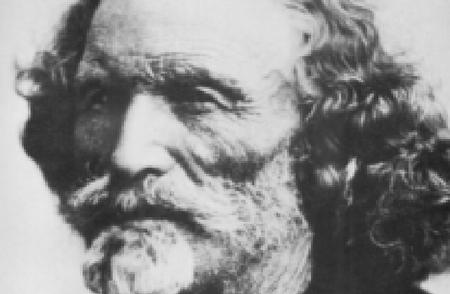 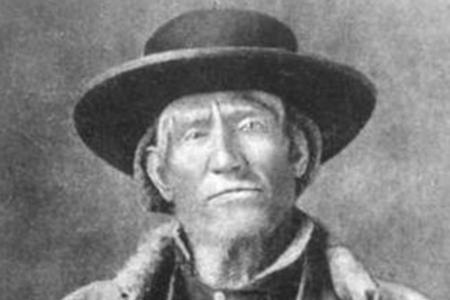 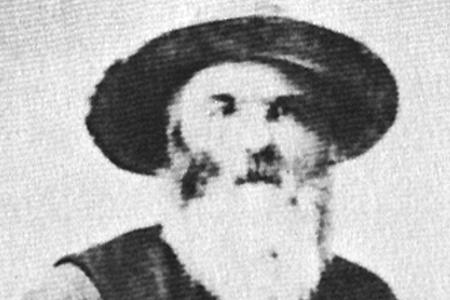 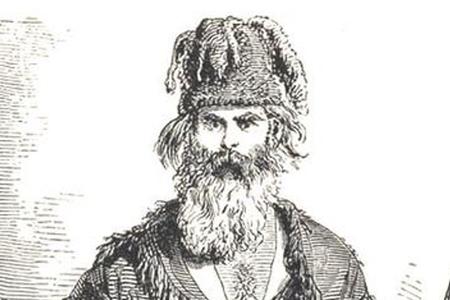 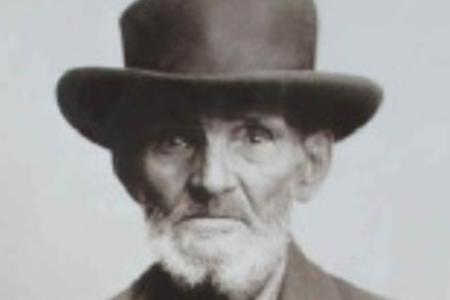 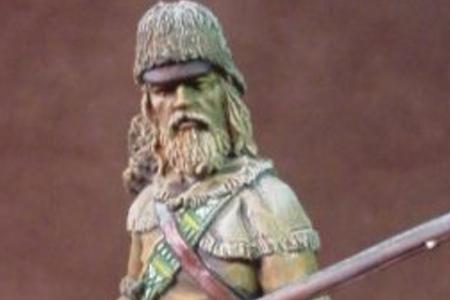 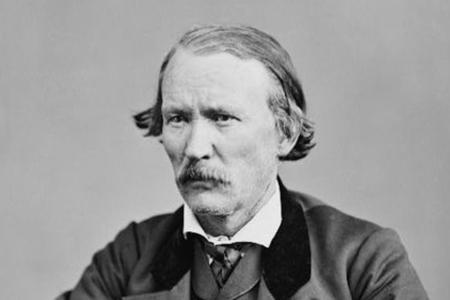 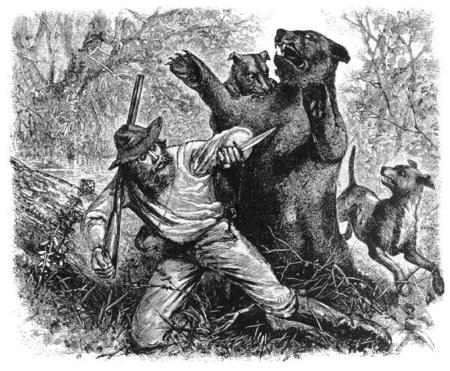 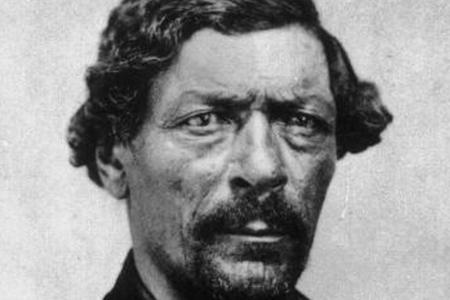 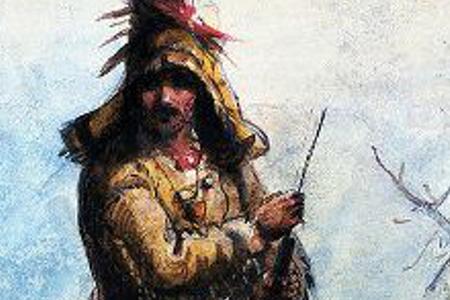 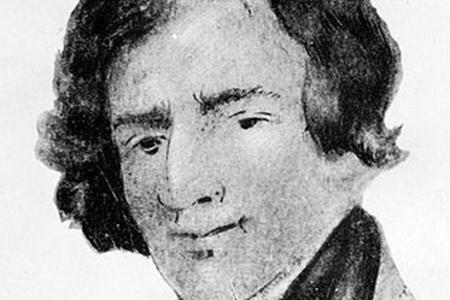